Luckily there’s a workaround on iPhone that stops this. Go to Settings > Cellular and turn off “Music.” I don’t stream music with the Music app, so I don’t need this feature turned on.

This worked for me. Now I can plug in my iPhone, and I don’t have to rush choose music, or streaming radio stations while having to hear the same song start playing immediately every time. Sanity saver. 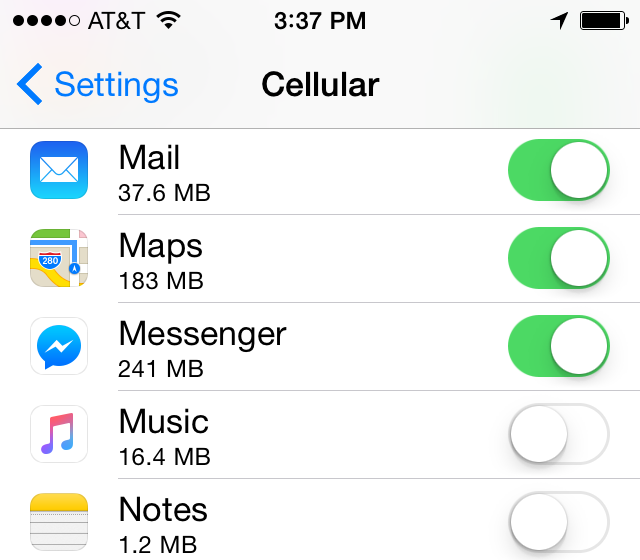 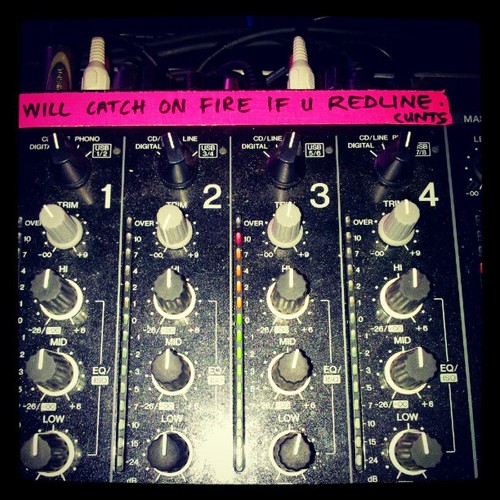 One thing I remembered when I started DJing is that 4db is correct levels to set your channel trims and master to. Then you or the sound guy sets the volume from the amps or mixing board. This way you’re amplifying clean signal rather than distorted signal. Garbage in = Garbage out. I remember reading this from a credible source.

It’s common sense – Flashing red lights = bad. Not sure why a lot of DJs don’t get that. I can always hear when a DJ is blowing the levels. It sounds like fingernails on chalkboard. It’s not only damaging the venue’s expensive speakers, but it’s also damaging to everyone’s ears. When your ears are ringing after going to a club, it’s usually because the DJ was blowing the levels. Part of a sound guy’s job is constantly nagging the DJ to back off the levels. Some sound guys turn up the monitors so loud that the DJ is afraid to touch the master.

Back in 2004 I was invited to perform at a big warehouse party. I decided to go all out, and purchase pro-audio. Some people think reading reviews is the way to go. I prefer to judge for myself. Luckily with pro audio you can test drive the sound at shops or just by taking a close look at the speakers used at venues with excellent sound.

I visited to DJ world, SLS, and Sam Ash. I brought out (3) dynamic vinyl records with really deep bass, and overall high quality production so I could choose the cleanest system.

First I test drove small JBLs which were on the low end of the price range – Wasn’t impressed
Then tall powered Cerwin Vega Stacks – ok
Last I listened to the EV (Electro Voice) Force I system. Pieces of the roof literally started coming down. The bass and overall sound was so clean. I was in love. It’s barely manageable as a mobile system with (2) 18″ subs and, (2) 15″ tops. Let me tell you I don’t enjoy carrying them up/down stairs at some events. SLS hooked me up with all (4) speakers and an amp with enough RMS to power all (4) for about $1,300. The Cerwin Vegas would have been $1,100. The party was legendary.

Later I properly upgraded my system using 2 amps and a crossover to properly divide up sound going to the bottoms and tops. Mixer goes to crossover. Crossover divides up signal into lows for the bottoms thru amp, and mid-his to the tops thru amp. So now it’s a clean efficient system. The right way.

My DJ friends consider me a sound Nazi. The second I hear the sound go above 4db on my system, I come up to the booth and nag them. I’ve been known to throw djs of my system in the past.

Being a sound Nazi has payed off. My system sounds as clean as when I bought it back in 04.

Now before you start the longest sound debate ever, take a good look at the following. 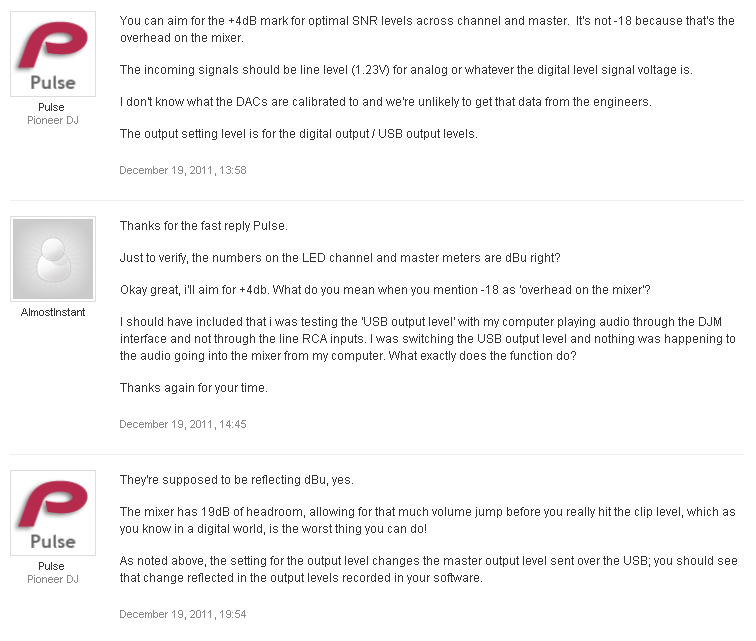